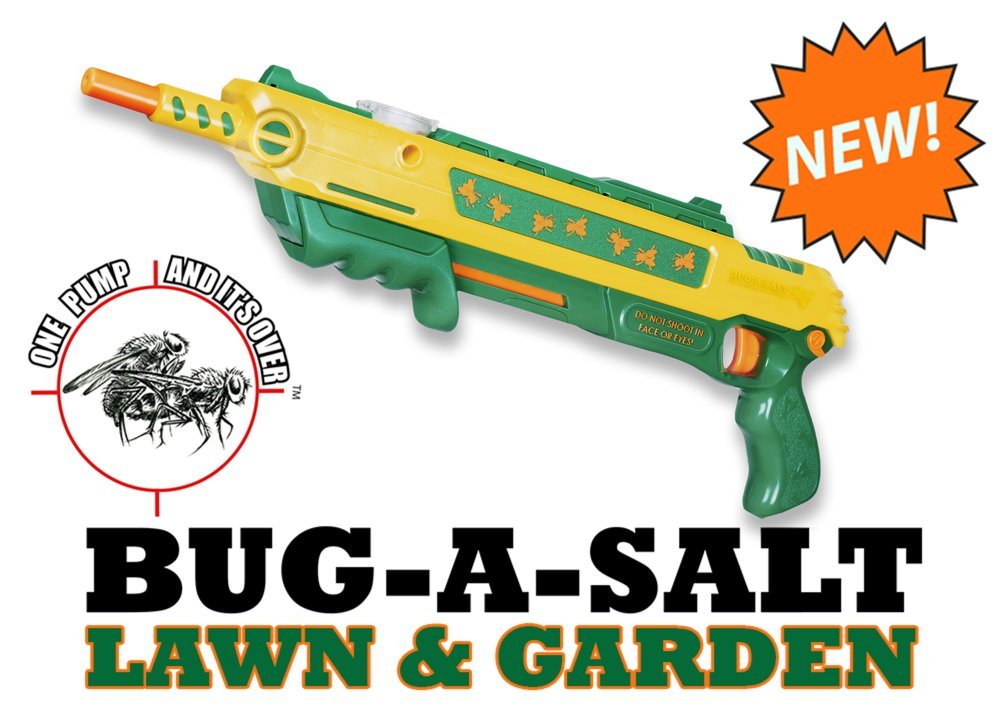 The BUG-A-SALT has proven itself to be quite the combatant against both your common household flies. You can also combat even some slightly larger insects. But have you ever wished the BUG-A-SALT had more power, even after the new 2.0 model? If so, then the BUG-A-SALT Lawn & Garden Edition will be your new best friend. 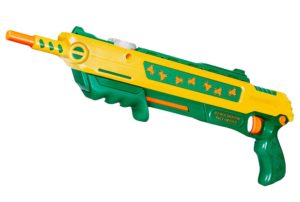 Well, not exactly. Asides from the few cosmetic changes (the black parts now being green), the BUG-A-SALT Lawn & Garden Edition has its strengths, but for some people, those strengths might be weaknesses for average household use.

It still contains the re-engineered mechanics from the BUG-A-SALT 2.0. Despite that, it still has the capability of firing larger amounts of salt with more power and larger grained salt. The BUG-A-SALT Lawn & Garden Edition has been tested and proven to shoot 50% more salt and have much more firing power and spread.

Many users have already attested to the proficiency and efficiency of this product. Many of these users used the previous model as the benchmark. The version 2.0 was already a powerful device but this latest addition to the series packs even more power. This outdoor device is capable of withstanding several hours of uninterrupted usage.

Although this is best recommended to professional pest extinguishers, it should be noted that homeowners can use this as well. It has a user-friendly design that makes it suitable for amateurs.

An instruction manual is also included in the package which should help you on how to get started with the device. With the BUG-A-SALT Lawn & Garden, you will be able to experience a significant reduction in the population of small insects around your property. Some users even reported using the device indoors and it still works perfectly. 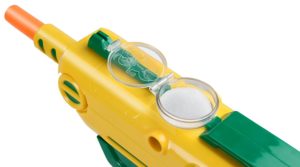 As the name implies, the BUG-A-SALT Lawn & Garden Edition is made primarily for outdoor use. It’s meant to have a larger range with more salt (if still using ordinary table salt) being shot out of the barrel.

This allows for a higher chance of hitting the target. This is meant for long-range shots in areas that are not close-quarters with the maximum kill shot range being about six feet. With the range being so long, this allows for a larger area of shot spread.

This also increases the likelihood of hitting your target. Pesky insects are easily terminated using this product. Some users tried using the device on termite mounts and hornet nests and results are instantaneously observed.

If you have insect infestation somewhere in your premises, you should consider having this device. Ant colonies that can deteriorate the structures of your property can also be treated with this device. The best thing about it is that it is eco-friendly. No toxic chemicals are used in this product. It can even be used on your plants and on grass fields. 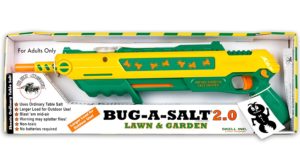 The BUG-A-SALT Lawn & Garden Edition might seem like a direct upgrade to the 2.0, but this all depends on how much salt you want to have around your house.

It’s also worth mentioning that the salt the gun shoots out isn’t necessarily messy, to begin with. It shoots out very few grains with each blast and they all go scattering so it’s not like you’ll have a large salt pile wherever you shoot. With the 2.0, it’ll take a longer amount of time for salt to accumulate in smaller areas.

The large amount of salt that this device emits is very useful in treating severe pest infestations, such as termite mounds, ant colonies, and hornet nests. You should not wait for professional pest exterminators just to remove such pesky insects.

Folks on Amazon have reported that the insects the BUG-A-SALT Lawn & Garden Edition is effective against are mostly flies, mosquitoes, and small spiders. It has also been noted that it does not work well against Japanese Beetles or Box Elder bugs.

Many results conclude that insects with hard, armor-like carapaces are more resistant to the BUG-A-SALT Lawn & Garden Edition. Insects such as bees and wasps show a high resilience to the high power salt due to their protective carapaces.

If you’re looking to get rid of wasps, we’d recommend you hire a professional or use high-power wasp spray. The BUG-A-SALT Lawn & Garden Edition can still repel such insects but could not kill them. Driving them away from your property should already be enough as a temporary solution to the problem. If you are considering this getting this device, you should be well-informed of what comes in the box.

The device is securely packed inside a safe container where it will be delivered right to your doorstep after a few days of making the order. Many users experienced quick delivery on their orders and are very satisfied with the condition of the device. The device is already assembled and ready to use. All you have to do is load it with its juice and it is good to go.